Leah Poller is a figurative artist working in bronze. Classically trained at the prestigious Ecole Nationale Superieure de Beaux Arts of Paris where she resided for 20 years, Poller participated in a rich, multi-cultural environment, interacting with foremost members of the international arts communities of France, Spain, Italy and Latin America.  Her singular approach to her subject matter was forged by this international experience.

The Work: Returning to the United States, she established her studio in Soho (New York) and began the series of “BEDS” in bronze that has been exhibited in galleries and institutions worldwide. In 2013, China beckoned and in 2015, she was selected as the only foreign artist in the Beijing Biennale of Female Sculptors.

After a record-breaking six-month exhibition of her bronze portraits in New York, including “Warrior Women” and “Double Dare”, an homage to legendary jazz saxophonist Fred Ho, Poller has been selected to execute several noteworthy portrait commissions.

Poller’s Post Modernist approach transforms the inner thoughts of her subject into elaborate “headdresses”, heralding her expertise and and the newly revived interest in representational art. Her large-scale works and installations have been exhibited in Hong Kong, Beijing, Mexico, Miami, Providence and New York City.

She has been featured on tv, and in numerous art publications.   She has lectured extensively and held workshops on creativity.

Poller lives and works in Harlem, dividing her time between NYC, Europe and Asia. 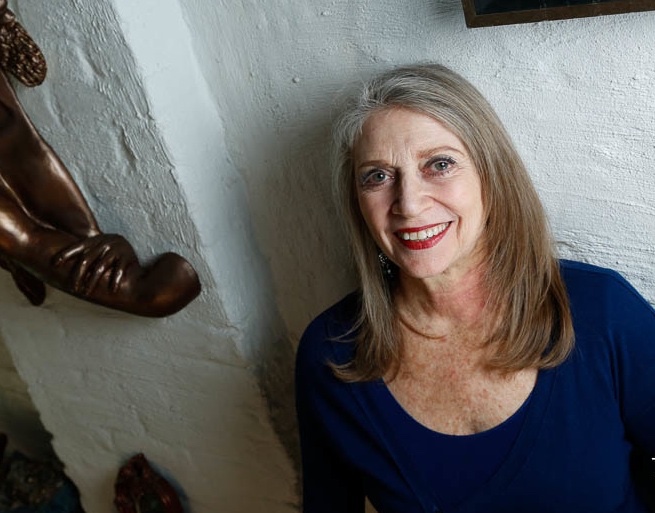